The afternoon involved something that turned out to be extremely special to us: participation in a private Maya Day Ceremony.  We were looking forward to it as it was, but came away with so much more than expected.

Each day is special and has meaning to the Maya, and our birthdays were used as part of this traditional ceremony used to connect with the gods.  Preparation for this had taken Kawoq a month, and it was a privilege to witness and take part in such an important and private event.

Due to its importance, we couldn’t take pictures during the actual ceremony, but I have posted a lot here of the set up so you can get some idea of what it looked like. 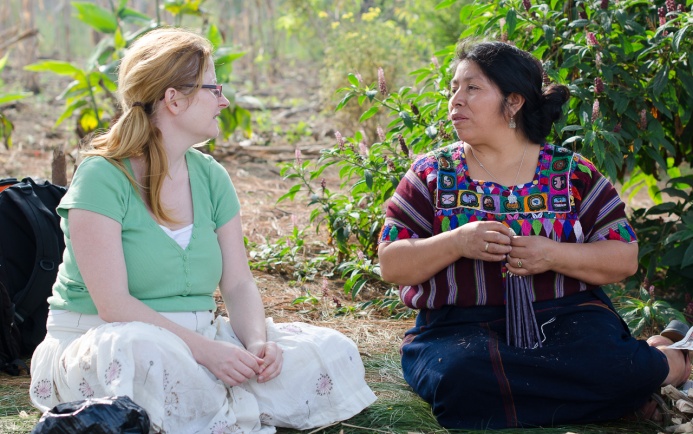 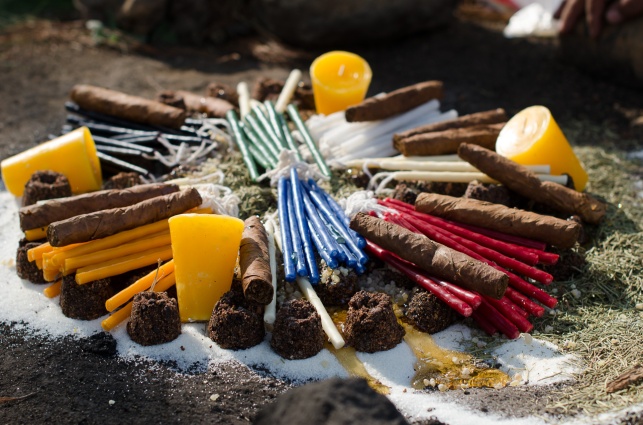 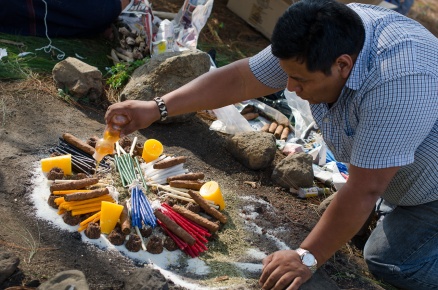 Everything used has significance and was arranged in a certain way.  The glyph was related to the day, the colours of the candles represented different times of the day and use of incense, honey, cigars, rum and flowers all had meaning.

Just prior to starting, Kawoq told us all what our birthdates meant in regards to our character.  I was told that I was a great communicator, mediator and had the trait of a bird of wanting to break free and fly.  In fact my Nahaul (animal spirit) is the Tz’ikin, bird/eagle.

After we all heard about our Nahaul, the ceremony started.  It was set on fire and the flames, warmth and energy was shared by us all.  Kawoq performed it in Kaqchikel and explained some in Spanish for Diane to translate for us.  We were each given a candle and asked to think about things we would like to ask whilst focussing on it before placing it into the fire.

It all focused on getting in touch with the spirits to ask them for something, bring fortune and to bring people closer together; it certainly did that.  It was truly an amazing experience and the group certainly felt more bonded as a result, we were honoured to have shared in something so important and Ixnal and Kawoq were pleased to have shared such a thing with us.

During the part where Kawoq called on each of our Nahaul in turn, a quite amazing thing occurred.  He had just called on Diane’s animal spirit, which was a dog, at which point a couple of dogs strolled up to us unseen and sat calmly just outside of our ring, one on each side.  They watched silently and then as the ceremony moved on they silently retreated.