This afternoon we visited a chocolatiers to discover the method by which the Maya used to make their famous chocolate drink.  Here is the process we followed:

Our guide could have been a stand-up comedian, he was a terrific entertainer and educator.  He showed us the cocoa beans at every stage, and although the fermentation and drying had to be skipped, we did the remaining steps.

When the cacao fruit is first split open, the beans inside are covered in a white, slimy coating.  We sucked these and they tasted just like mango.  However, the beans inside (which were purple!) were incredibly bitter. 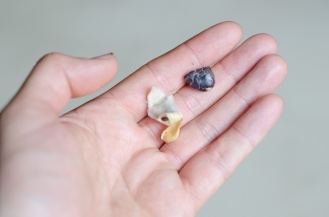 After fermentation and drying they are brown.

They are then heated up on a clay dish. 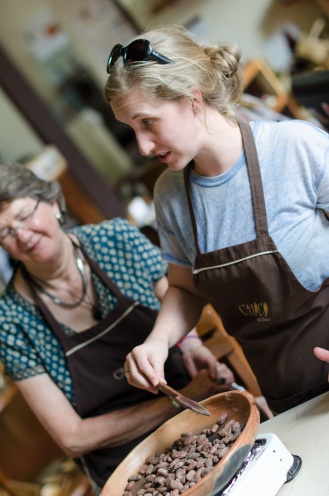 The husks need separating from the beans.

He made some tea with the husks; it was quite unusual, and I think I prefer Tetleys.

The beans were ground up (we used a pestle and mortar rather than the traditional Mano and Metate).  This was turned into a race by the guide, and he pitted us English against a group of Israeli travellers.  I am proud to say we won!  The heat from the grinding melted the cacao. 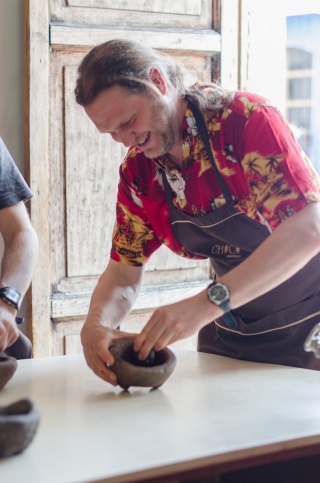 It then resembles chocolate, but does not taste like it.  Yep, I know what you are thinking and yes, there is a story about some confusion with the Spanish when they arrived as they were offered this (and it sounded like they were being asked to eat Kaka, they were not impressed).

The paste is mixed with hot water, honey, vanilla and chilli before it is nearly ready to be served to a king.

Oh, and there was one more important ingredient.  Given its high status, something else of high status was added…..blood.  As I had won the grinding competition, he chose me to be the blood-letting victim.

It was OK though, these are modern times. 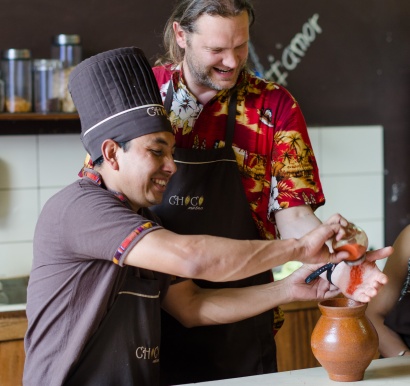 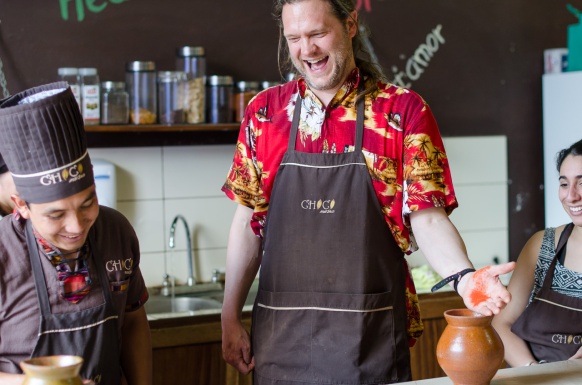 Then came the pouring to make it frothy – we all had a go at this and only a little was spilt.

The final thing was to try it………I loved it!

We then went on to make a more modern Spanish chocolate (they gave it the name chocolate to make it more palatable!) 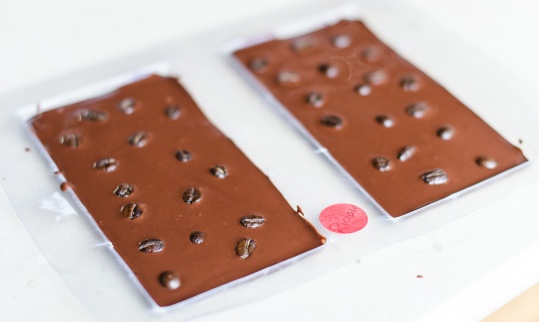 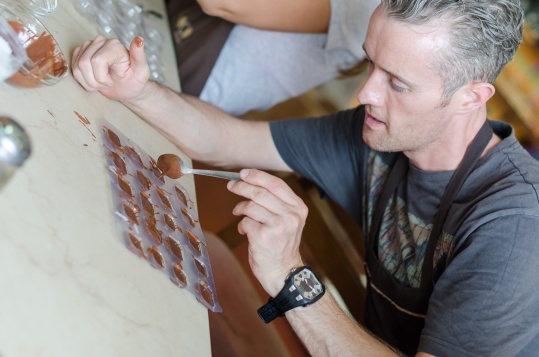 I am not sure it will last the next two days in the humid jungle of Tihkal though.

A thoroughly enjoyable and educational experience, yet another cracking chapter in our Guatemalan adventure. 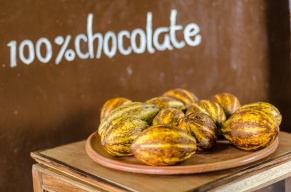 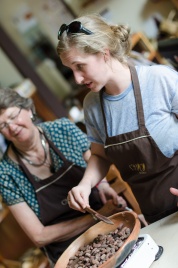 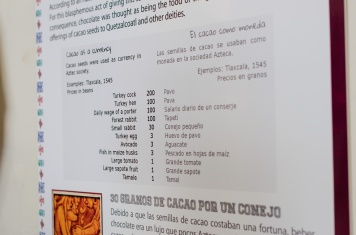 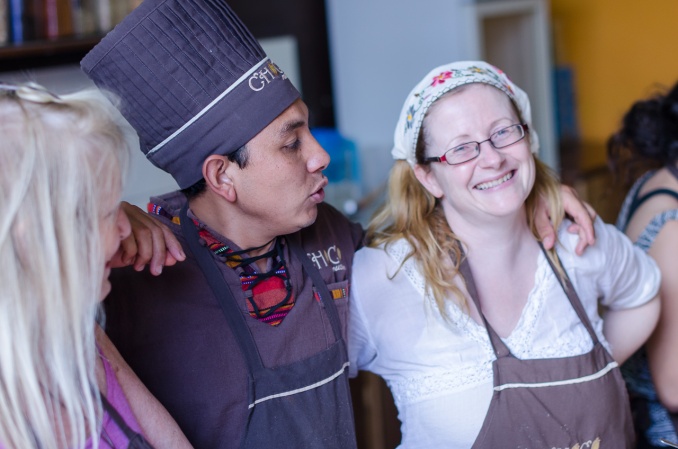